Last week, it was reported that the actress Ayesha Omar was in a critical condition after an accident during a shoot in Lahore. It was said that the actress has suffered from severe injuries and reportedly, she is still unconscious.

However, the actress denied all the rumors and said that she is totally fine and is doing all well.

Ayesha Omar was in Mexico since the last month and recently came back to Pakistan. She is in Lahore these days for her ongoing project. 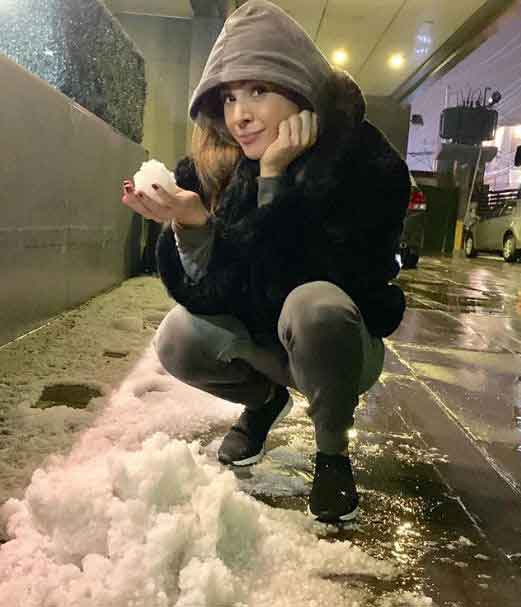 Just a few days back, we were all drooling over her vacation pictures from Mexico where the actress had a really great time. The news that she has met accident recently is just sad and we pray for her speedy recovery.

In 2015, Ayesha Omar had a car accident when she was traveling to Hyderabad with her fellow actor, Azfar Rehman. In an attempt to avoid collision with a truck, their car was hit by another truck from behind and both the actors were severely injured.

After this horrifying experience, Ayesha shared:

My entire life flashed in front of my eyes as I held onto my seat waiting to be hit by a truck.

Now the news of Ayesha Omar facing another accident in Lahore was totally devastating and we are glad that it turned out to be fake.

Stay tuned to Very Filmi for more updates and news!