Pakistani cinema had its fair share of controversies in 2017!

Who can forget Na Maloom Afraad 2 facing a ban after being screened for almost a month nationwide! Verna faced a similar drama as it too witnessed major obstacles in its release.

Humayun Saeed, Shehryar Munawar, and Syra Shahroz’s Project Ghazi surely underwent the most chaotic episode in the history of cinema, as its release got postponed after a star-studded premiere and a heavy spree of promotions!

The most hotly anticipated films like Verna, Rangreza, and Arth bombed at the box-office and the champion so far remains, Punjab Nahi Jaungi!

A Twist in the Tale

However, just at the end of 2017, Ahsan Khan and Neelum Munir’s Chupan Chupai created a dramatic uproar in theaters. With its low round of promotions and budget relatively not-so-high, the rom-com has proved to be a surprise winner.

According to figures revealed by boxofficedetail.com, below is the film’s daily estimated business:

If this trend remains the same, the flick will surely bag a whopping total of 2.25 crore at the end of its first week.

Meanwhile, the oh-so-tempting trio of Bilal Ashraf, Gohar Rasheed, and Urwa Hocane failed to work its magic in cinemas. As quoted by boxofficedetail.com, the musical has only reaped 1.95 crores in two weeks. 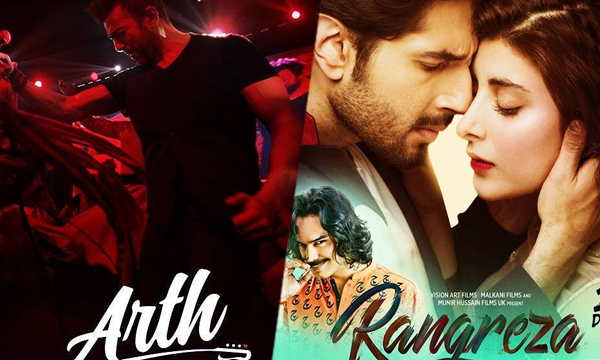 Meanwhile, Arth-the Destination too was unsuccessful in minting major moolah. However, no complete box-office report of the movie has yet been revealed.

Both the films have performed less than expected and Chupan Chupai has left both the rivals in its dust.