The dapper Feroze Khan is making waves on social media, known for his super-hit role in the drama,  Gul-e-Rana, and movie Zindagi Kitni Haseen Hay amongst others. The star is not only famous for his superb acting skills but it is his dressing style that attracts a lot of attention from fans and followers.

He recently won the Most Stylish Actor Television at the Q Mobile Hum Style Awards.

This award i won last night in the category of most stylish actor television. I wanna dedicate this award to all my fans who not only voted this time but have always been there in my good and bad. All of you mean so much to me. I love you all ❤️ #FK #QHSA17 #FEROZEKHAN #ITSAWIN #PARTYISONME @jazibqamar

Khan is now seen promoting his new drama, Khaani across the country and has attended various morning shows together with co-star Sana Javed and the rest of the team. The Khaani lead actor is known to set style trends but just yesterday fans bashed him for what he wore to one of the promotional events he attended.

Can you guess what the actor is wearing? No, it is not a Pyjama suit! 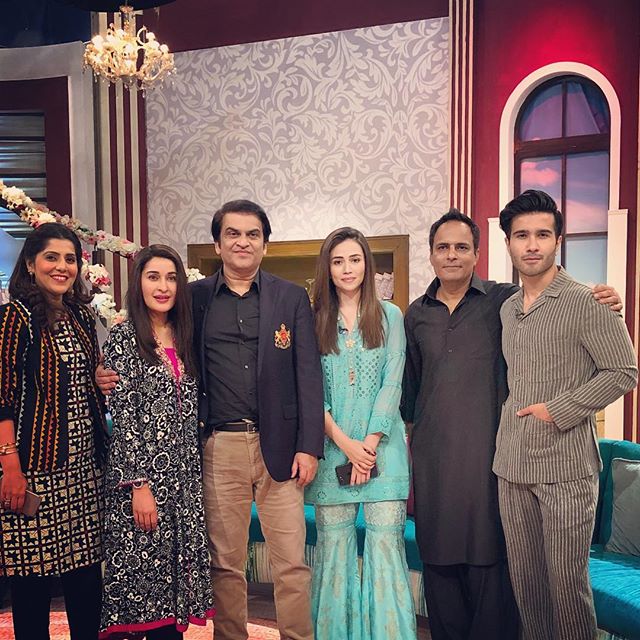 Designed by Jazib Qamar, Khan was wearing a Safari Suit that people mistook to be a night suit and made fun of the actor on social media.

While some said he’d just rolled out of bed, others asked him why he’d chosen to dress so inappropriately for the Shaista Lodhi morning show.

Majority of his followers thought he was in a nightsuit!

After receiving immense criticism, Feroze did not stay quiet and replied back to the haters! 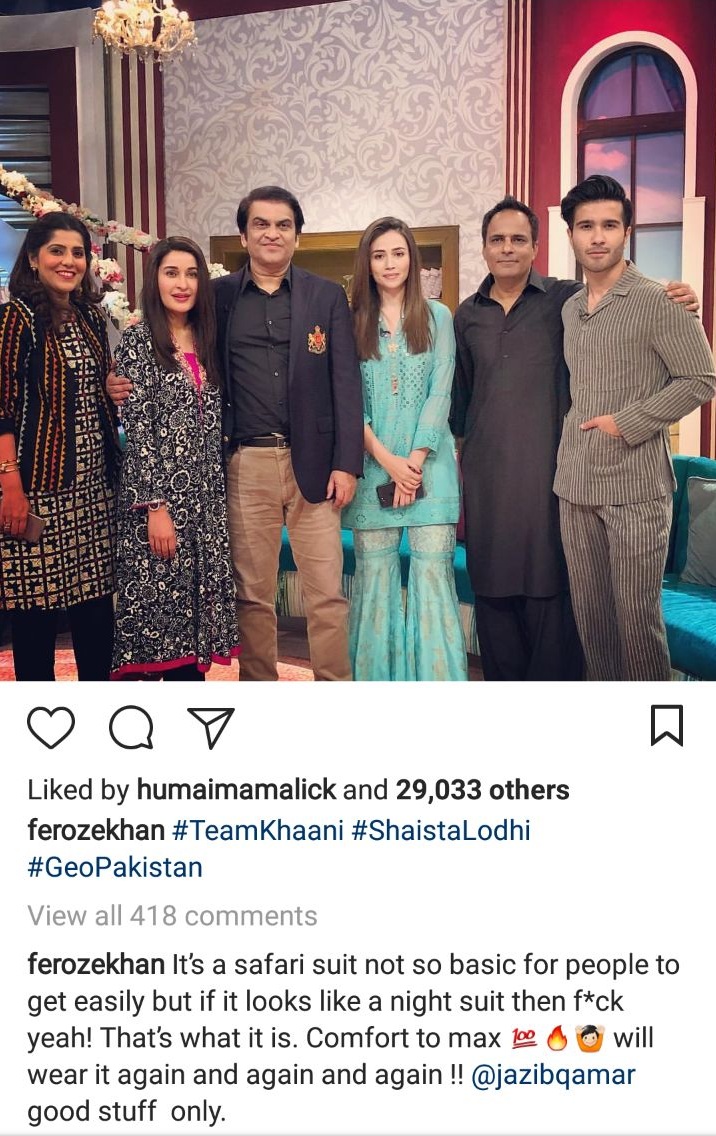 We do believe, he could have chosen a better outfit but if he can rock it then why not? Kudos to the heartthrob for standing up for what he believes in, he has promised to wear it again and again. Looks like we’ll be seeing the star in a lot more safari suits now!

What did you think of this new trend that Khan has set on Safari Suits? Let us know in the comments below.

Stay tuned to Brandsynario for latest news and updates.