Hania Aamir and Yasir Hussain’s social media clash clearly left us all shocked! After all, both the actors are friends and have even worked for Hum TV’s telefilm ‘Go to Hell’.

However, things seem to be getting ugly, now that Iqra Aziz has become part of the dispute and we wonder if this row will ever get solved.

Quick Throwback to What Happened!

So I have always struggled with mild acne. Always had these bumps on my forehead that JUST WOULD NOT BUDGE! I had gotten used to them. But the journey I have been on for a couple of months has been quite a painful one. I’d just come back to chitral from a day trip to kalash and after I had washed my face it started to burn and my skin went red. Didn’t take it seriously but the next day I had these tiny red bumps ALL OVER MY FACE.I freaked out but didn’t let it get the best of me because I was at work. They would show on camera, everybody started to ask me, started with the totkas and then came the anxiety.. khair when I got back they kind of calmed down.My skin looked clearer than before. But some three months back it started to act up again and it was even worse this time! I kept it clean,toner,creams,dermatologists,everything! Nothing seemed to fix my skin and I had my night AND days of crying. Feeling insecure. Anxiety. Makeup wouldn’t help. I was a mess but I went through it and got out of it too. I went to a different doctor and he prescribed me some meds. My skin has been better than before. But it made me wonder.. Why is my skin defining me? Who has made these beauty standards that we always feel the need to match? The society? Clear skin is beauty? I know that the idea of being “perfect” is appealing to majority but you don’t need to be an airbrushed flawless image to feel beautiful. Nobody should feel the pressure of matching the ridiculous societal beauty standards.Have your own.Beauty is within and anybody who makes you feel small because of what you LOOK like shouldn’t be around you! To all the brothers and sisters out there! Being a celebrity does not mean perfection; it only means we have chosen a profession that makes us and our lives public but certainly not that we do not go through issues in life; Every individual has their own. Perfection is not what we should be seeking, being comfortable in our own skin is the key. This is my skin at the moment. Better than before but still not quite okay. But till I tackle it am I gonna hide myself from the world? Shy away from people? No. Yes I am struggling but my skin DOES NOT define me. 🙏🏽 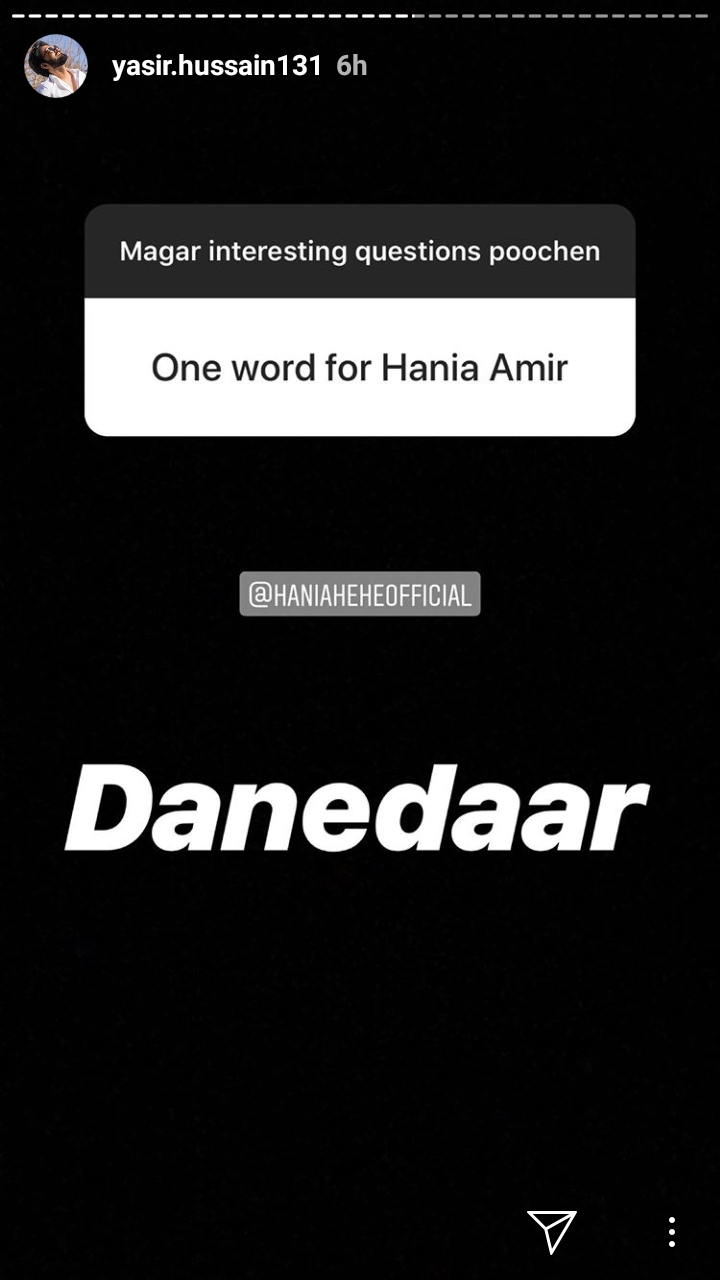 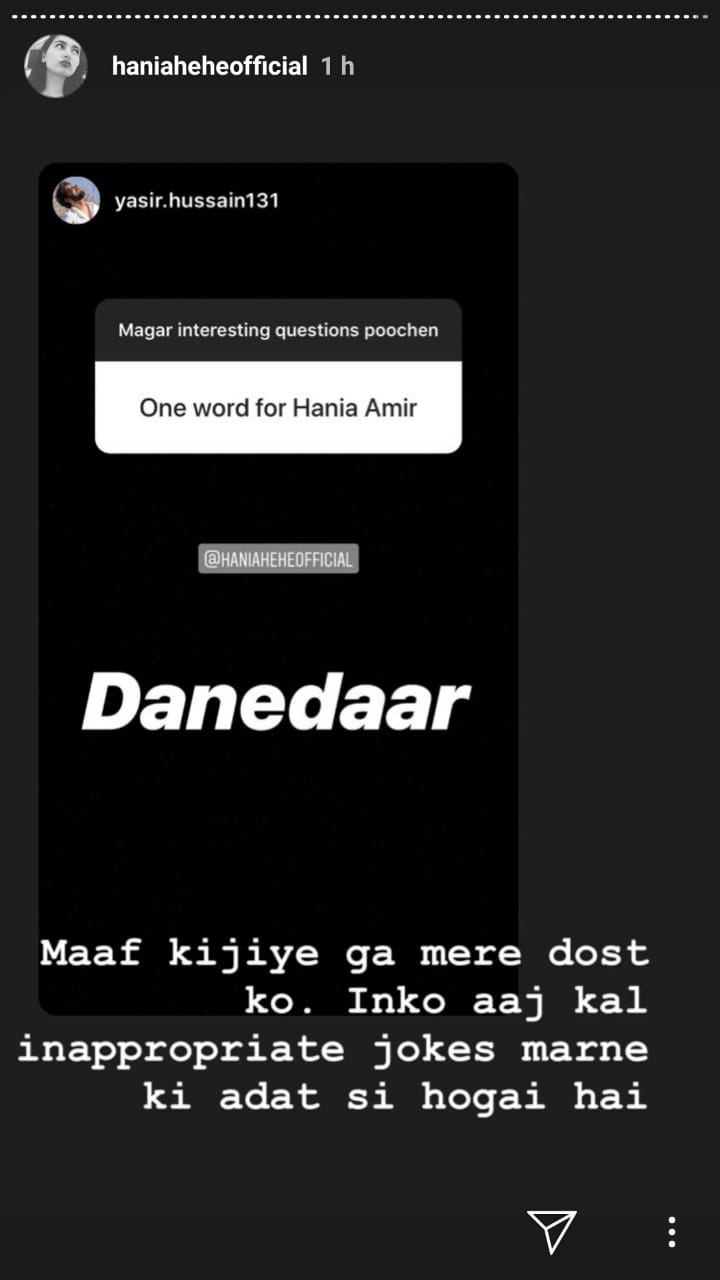 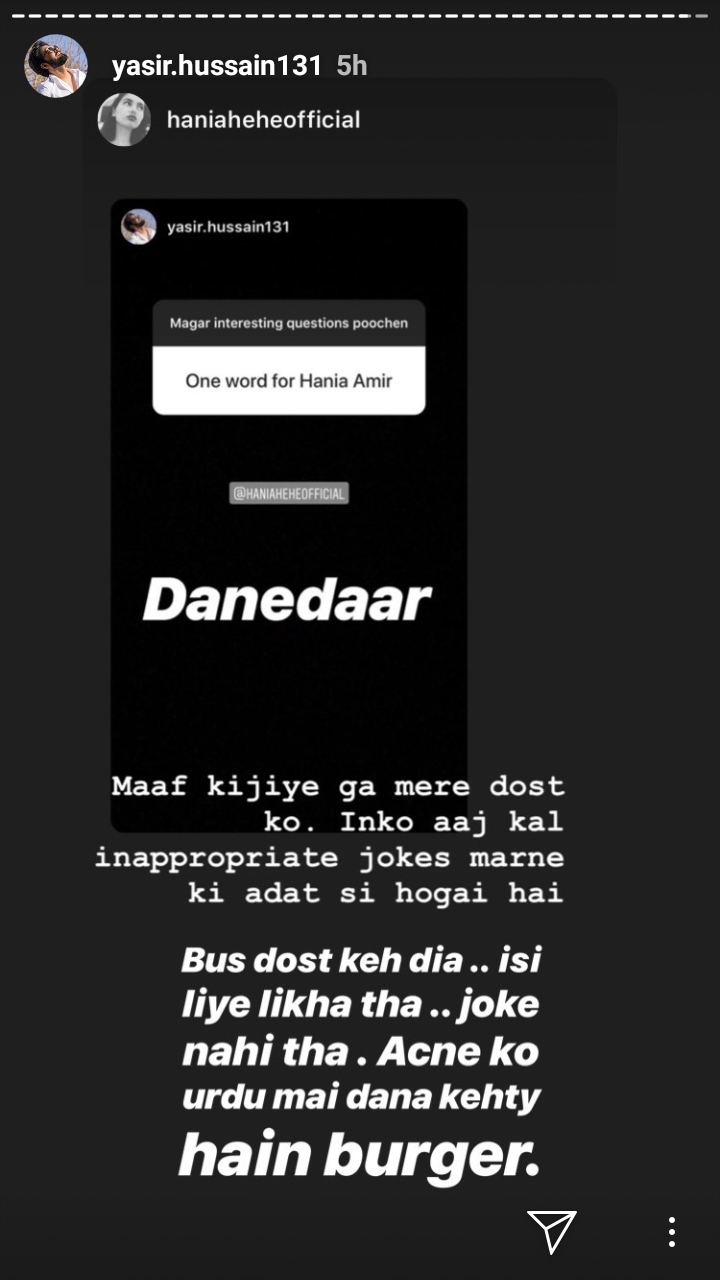 Asim Azhar did not shy away from standing up for his girlfriend. 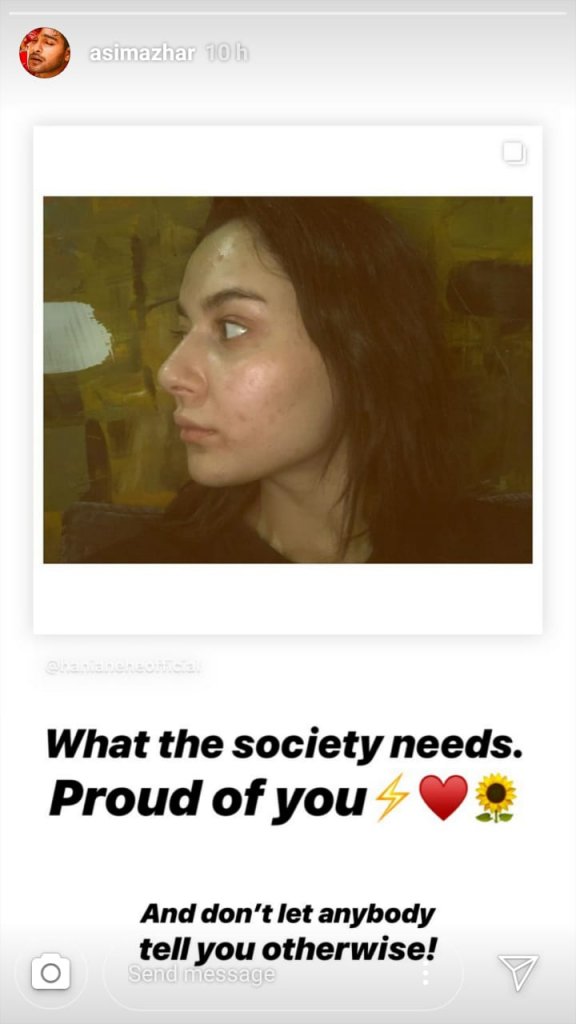 While the Ranjha Ranjha Kerdi actor remained silent on the matter, she has unfollowed a whopping number of accounts post the controversy.

Iqra aziz unfollowed everyone on instagram after the recent #Yasirhussain controversy!

From Hania, Asim, Zara, Asad, and even Mahira Khan, Iqra is now just following 28 accounts, including Yasir, some Bollywood stars and her fan pages. 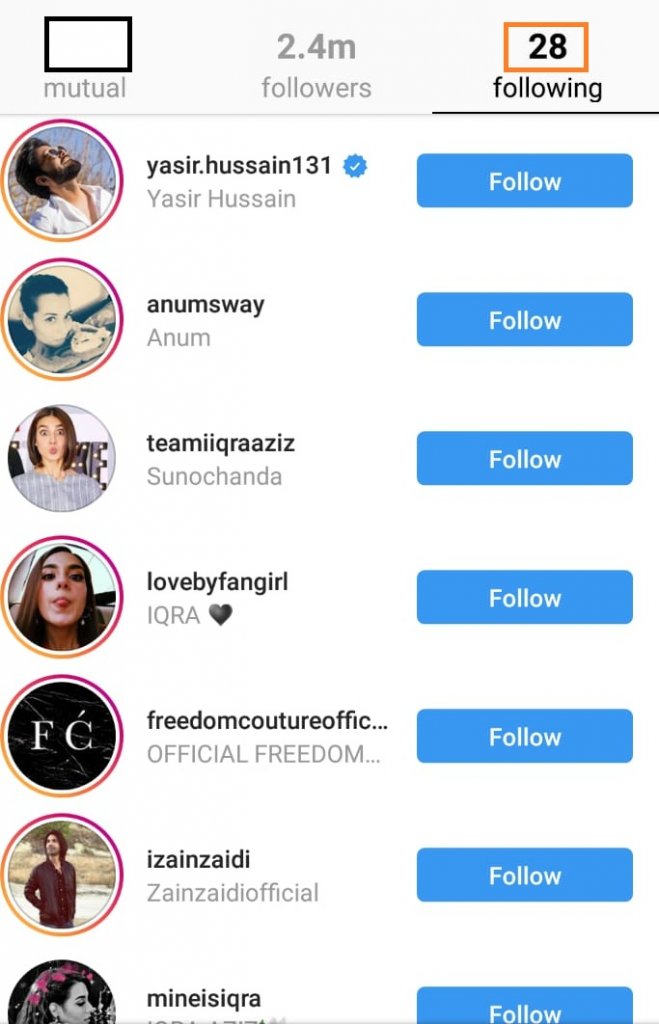 Meanwhile, Iqra’s co-star, Imran Ashraf stood up for Hania and also became a victim of her silent rebuttal.

Kiya Noori ne Bholay ko waqai chor diya ??🤔 not in drama but in real #IqraAziz unfollowed Co-Actor #Imranashraf on instagram and fans of Noori and Bhola are curious about it 🤔🤔 and this is Imran's reply to one of fan ! What do you guys think ?

However, Bhola didn’t resent this gesture by Noori and sent love to her nevertheless. 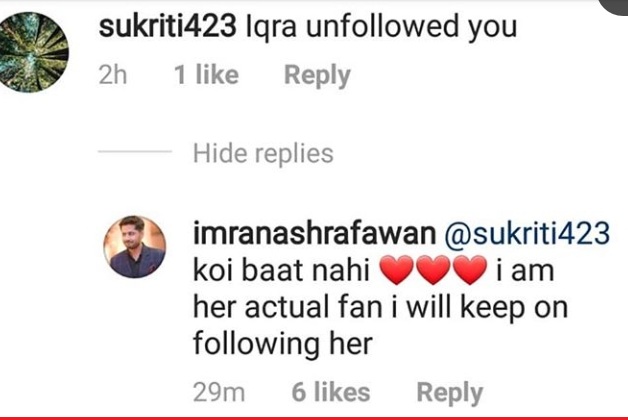 What do you think about Iqra’s silent move? Let us know in the comments below.

For more updates and details, stay tuned to Very Filmi.