*Disclaimer: The views, thoughts, and opinions represented in the article solely belong to the author and don’t represent the opinions of Very Filmi.

What stood out in the 26-episode-long, ARY-produced ‘Kaisa Hai Naseeban’ was the heart-wrenching monologue delivered by Waseem Abbas (who played the role of Jamal, father of our protagonist Maryam) in the last episode.

Still in shock over what fate had in store for his eldest daughter, Jamal questioned why our society allows a man to live under the misconception that he owns his wife. The simple scene is moving solely because in the last episode we saw Ahmed (Maryam’s husband) mentally abusing her wife only because she was still in his Nikkah. 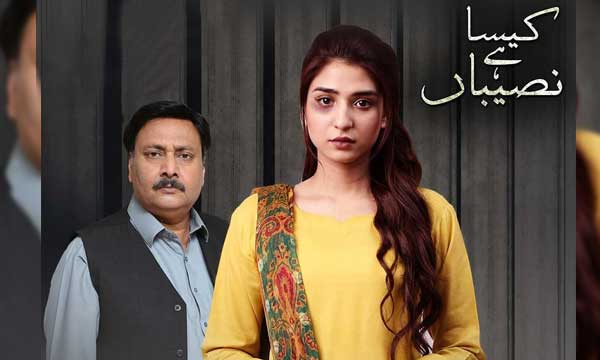 On the surface, Kaisa Hai Naseeban has a straight forward message: stop marital abuse. But the drama is much more than that. It shows how emotions affect parents’ decision and how for the sake of their daughter’s happiness parents tackle all challenges with a smile on their face.

The drama started with Jamal’s sister bringing her only son’s proposal for Maryam. This was the point that the show beautifully portrayed. The ‘phuppo’ lives in Kuala Lumpur, Malaysia and maintains that she is financially stable over there. She talks about owning chains of restaurants and portrays as if she is living the dream life.

Even though Jamal’s wife (Shahana) is a bit skeptical (as her sister had also asked for Maryam’s hand in her son’s marriage), Jamal thinks that her daughter will lead a peaceful life.

Later, it was found out that it was a facade. The ‘phuppo’ was living in a three-bedroom apartment in the city. She neither had domestic workers in her house nor she had enough money to employ one.

Kudos to the creator for highlighting the issue which is so common in our country. That many girls want to settle abroad after marriage is a fact. This wasn’t an exaggeration. That Maryam’s parents thought that she will be happier in her ‘phuppo’s house is even truer. When it comes to relatives who live abroad, it is simply their words.

If they are saying that they have an x amount of money or that they are living in the city’s posh area, you are bound to nod your head. How is a family going to find out whether they are lying? You cannot just book a ticket and go to another country to check out their living conditions on your own.

There are many examples of girls who went abroad thinking that they will have a decent life there only to find out that their in-laws got nothing. And it is not only money that motivates girls or their parents to say yes to marriage. We generally think, and rightly so, that life abroad is not as filled with challenges as it is here in Pakistan. 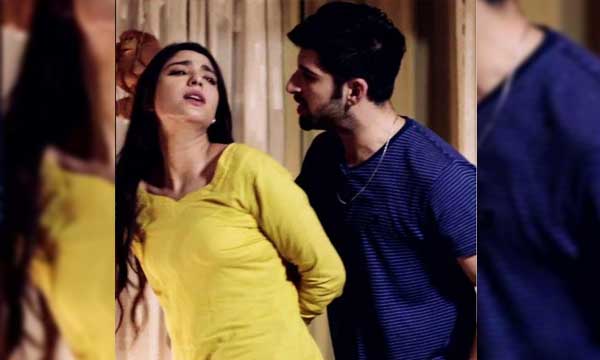 Having said this, the drama didn’t preach that you shouldn’t marry off your daughter to someone from abroad. It emphasized the importance of running a background check on every person who has come to seek your daughter’s hand in marriage, regardless of how close he or she is to your family.

But it wasn’t the lack of money that broke down Maryam’s spirits. Her life fell apart the first time she was slapped by her husband whom she loved and trusted. Truth be told, I am one of the people who initially considered Maryam a weak character. I was mad at her for being a doormat. But then I tried to dig deep into what the show wanted to show.

We have a character who has been out of the country for the first time. All her life, she lived a sheltered life under the support and love of her father. It was difficult for her to make sense of the betrayal and to act accordingly. And there were many things that stopped her. We are living in a society where divorce is considered a taboo.

Women try to make their marriages work until the very end. They suffer in silence thinking that things will get matter. While Maryam’s fears and inhibitions were beautifully shown, it would have been better had they shown how Maryam fought against them and returned to Pakistan by herself.

By showing her miscarriage (or as they call it, the murder of her child), the creators turned Maryam into a weaker character who had to rely on her sister-in-law’s husband to finally break free.

The great tragedy which Maryam went through became the only reason for her to escape the hellhole. Since dramas hold the power to change existing mindsets, it would have been laudable had it shown how, given those circumstances, Maryam reacted to take control of her life.

But these things can be ignored. This is because this show was one of the few which didn’t show Maryam marrying someone to regain control of her life. She joined an office and built a career out of it.

All predictions of her marrying her cousin were thrown into the dustbin and a realistic ending was shown.

Have an epic drama review for us? Share it with us! Send it to Write@Brandsyanrio.com and get a chance to be featured.