The dazzling Pakistani beauty, Mahira Khan has not only cast her magic in the country but has a huge international fan following as well and we couldn’t be more proud.

She has often been in the spotlight for her movies, photo shoots or commercials, however, this time around it is her adorable son Azlan who’s taken social media by storm. A surprising tweet from Mahira Khan’s account yesterday left people in awe of the clever child.

Azlan’s interest in Beauty and the Beast and its actress, Emma Watson is quite commendable. He seems to have found a few mistakes in the movie and would like Emma to know about it.

Here’s what Azlan had to say to the Hollywood superstar,

A hilarious response was tweeted by one of Mahira’s fans: 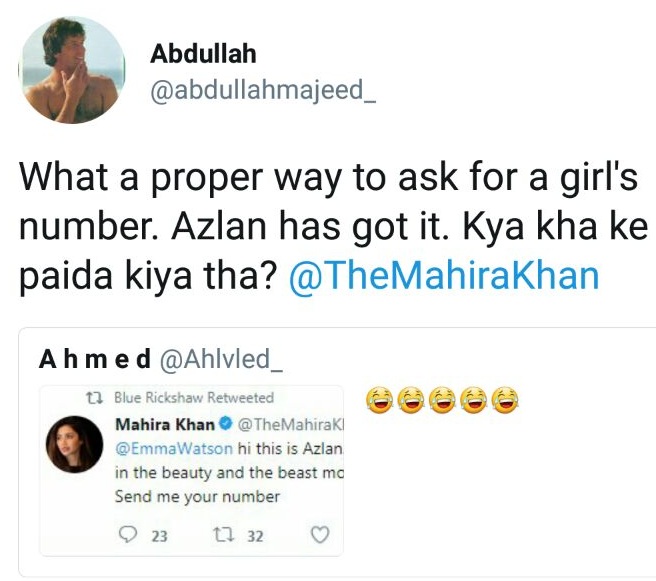 However, Khan deleted the tweet from Azlan and later had an explanation for all who wondered why the Tweet had disappeared.

“He is borderline obsessed with her! But he’s also found ten continuity jumps in Beauty and the Beast. I mean…”

For those who did manage to catch the tweet before it was deleted, the majority believed Azlan should be introduced to the Harry Potter series which starred the beautiful Beauty he’s borderline obsessed with!

We would definitely want to see the mistakes the mini Khan points out after watching the Harry Potter films. 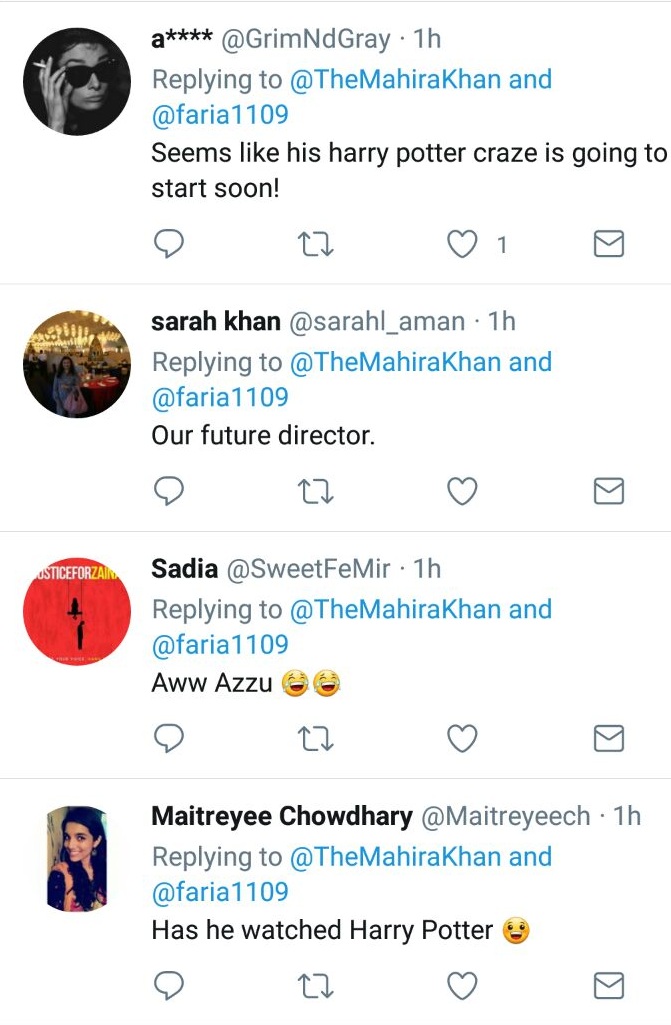