Divorce itself is pretty rough, but to survive it while everybody has their eyes on you is even harder.

Whenever a celebrity couple calls it quits, there are a lot of hearts broken. Their fans are shattered as their favorite pair heads to the divorce court.

Recently, the Pakistani actress, singer, model and TV host Mathira parted ways with her husband Flint J and we can’t be more shocked to hear about their separation.

After spending almost 4 years in wedding bliss, the duo has suddenly ended their marriage. The pair had tied the knot in a small, private ceremony in 2013  and welcomed a baby boy, Aahil into their family a year later.

I love looking at him the feeling is priceless my laddoo my aahil throwback to wen he was tiny now my big boy hugs me and tells me SAB SET HAI AMMII JEE and after hearing these words I forget and smile .. his my lallaaa 😍♥️ammmi ka dil #mathira #momandson #aahil

Mathira appeared pretty grief-stricken while sharing the news with her followers on social media. 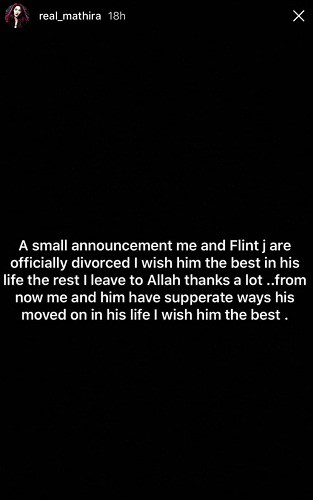 She even revealed the reason for their split and wish Flint J good luck for his life ahead! 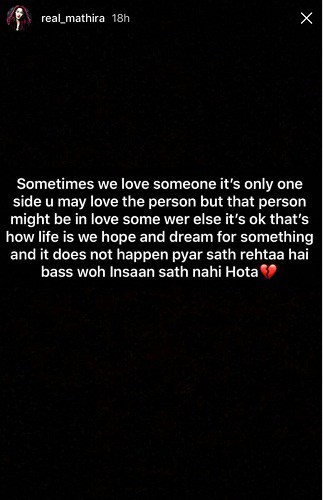 To say we’re saddened by the news is an understatement. We hope the starlet remains strong throughout this rough patch in her life.