The Miss Veet finale 2018 started off with a bang yesterday with a star-studded red carpet. Among the many finalists who were obviously best in their own ways, the winner was finally announced. Hira Khan from Lahore and won the show with flying colors, literally. While Wasim AKram announced the winner, Mahira Khan was the one who crowned her as Miss Veet Pakistan 2018.

Here we have put together the best dressed celebrities from Miss Veet Pakistan’s red carpet.

Fortunately, there is no color that doesn’t shine on her and even in black Mahira completely rocked her formal-chic look.

As twins, it is sort of a trend to wear something either the same or completely the opposite and these two did just that. They both look amazing and you can’t tell who’s who!

Minal & Aiman Khan were total head turners at the #MissVeet2017 grand finale tonight in #Karachi 🔥. On point styling on the gorgeous sisters by @raoalikhan 💯 #MinalKhan #AimanKhan

There is no detail that is left unmatched in Hareem Farooq’s look. Hareem totally nailed her classy red-carpet look.

She totally SLAYED at the red carpet with her high cut black dress. 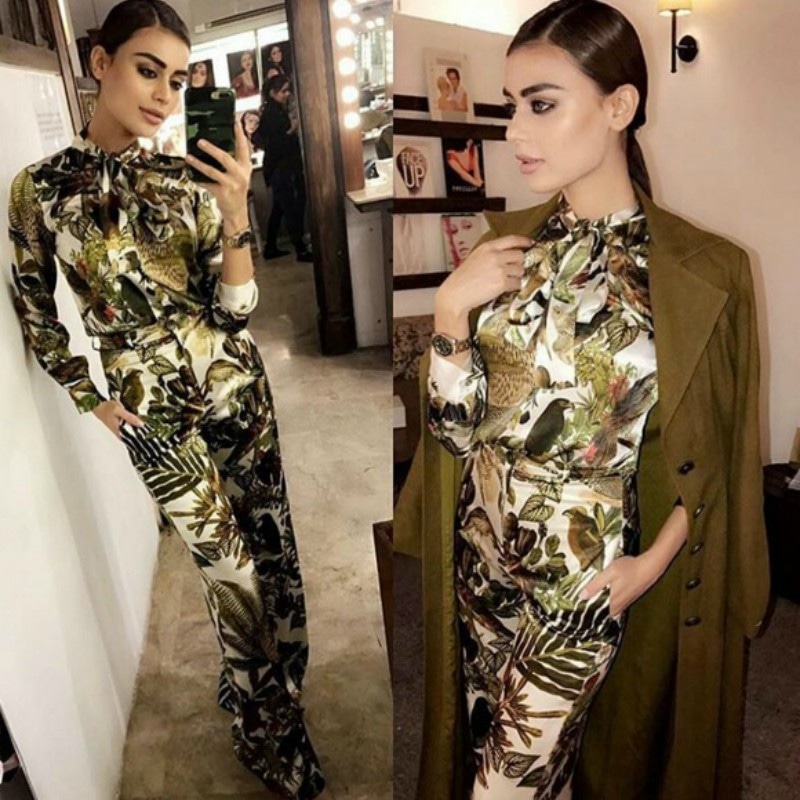 Hira’s unique dress caught everyone’s attention. The floral karai was the cherry on top of it!

All that was missing was a ball gown on the red carpet and Amar Khan did not leave us disappointed! The couple look adorable together.

Ainy Jaffery totally nailed the gold color dress. Not everyone can look good in this old Japanese print. Kudos!

A post shared by FASHIONISTA IN FASHION LAND (@fashionistainfashionland) on Jan 18, 2018 at 1:44pm PST

Cybil’s simple chic look was also one of the best outfits of the day.

And at the end of the day, everyone was dressed beautifully.